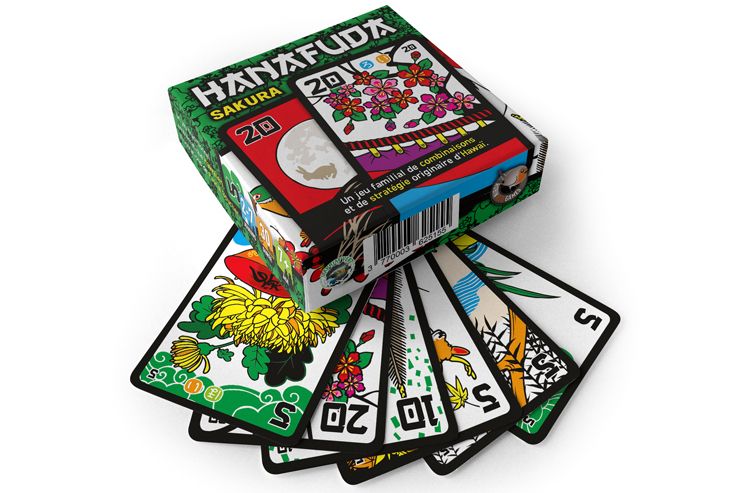 Hanafuda Sakura
1 avis client
5.00 1
Leave a comment about the product
Ref. HF0003  •  EAN 3 770003 625155
For this edition, and to follow Koï Koï, we chose the very popular version of Hawaii: the Sakura. Simpler than Koï Koï, Sakura has the advantage of having the same capture system with, in addition, the ability to play up to 7 players.
Available languages :
French, English, German, Spanish, Dutch, Italian

Hanafuda is a very old traditional and popular Japanese card game, which has had many modern incarnations. The name Hanafuda does not refer to a single specific game, translated literally, it means "flower game". Many games have been created based on the iconography of the original Hanafuda, and although each game has its distinct name, they are often collectively referred to as the Hanafuda generic label. For this edition, and to follow Koï Koï, we chose the very popular version of Hawaii: the Sakura. Simpler than Koï Koï, Sakura has the advantage of having the same capture system with, in addition, the ability to play up to 7 players.