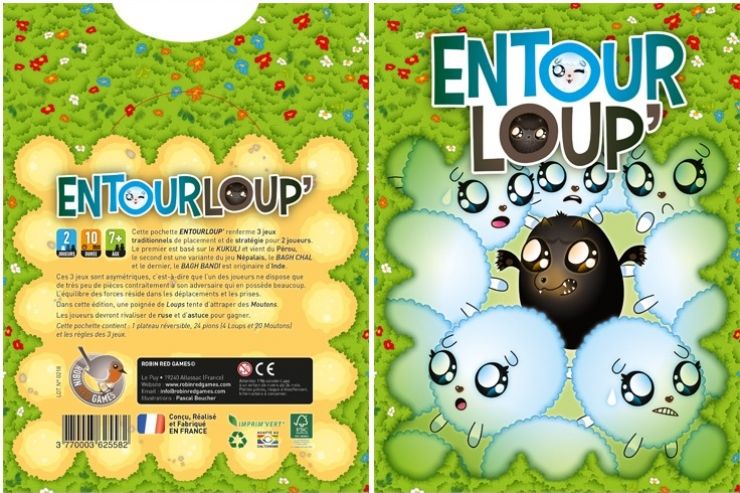 This wallet ENTOURLOUP' contains 3 traditional games of placement and strategy for 2 players. The first is based on the KUKULI and comes from Peru, the second is a variant of the Nepalese game, the BAGH CHAL and the last, the BAGH BANDI is from India.

These 3 games are asymmetrical, that is to say that one of the players has only very few coins unlike his opponent who has many.
The balance of power lies in movement and catch.
In this edition, a handful of Wolves attempt to catch sheep.
Players will have to compete with cunning and trick to win.