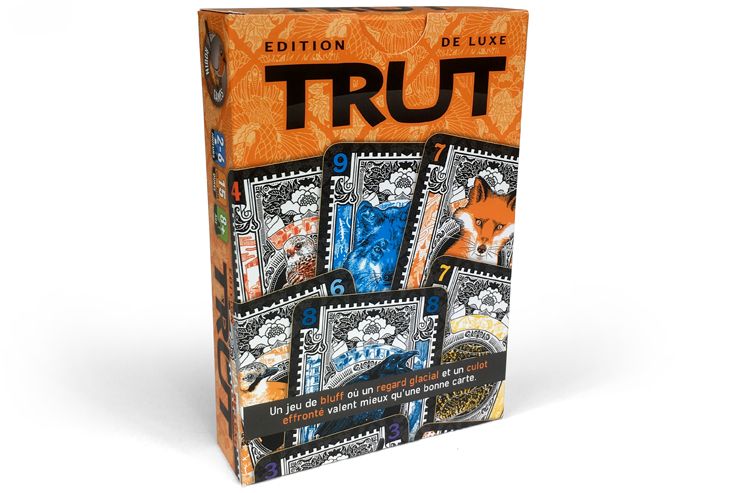 This edition of the TRUT is very special because it is the over-cash copies of the KICKSTARTER campaign which ended on September 22, 2017.

The configuration of this special edition is exceptional and will NEVER be available in store in its entirety (including the many bonus cards that will never be on sale).

The TRUT is a card game called " de comptoir " with uncertain origins which we would have heard for the first time in the seventeenth century in the West of France. He would be a descendant of Aluette. Today, it is still practiced by some irreducible in the Deux-Sèvres, Maine-et-Loire and Sarthe, as well as in some countries of Hispanic cultures.

This game, yet very dynamic, slowly falls into oblivion for lack of practitioners. With this personalized edition, Robin Red Games hopes to restore its acclaim and make it more popular.

The rules are those most commonly practiced. However, variants "A la Gâtinaise" are exposed in appendices.

This game also exists in normal version. To learn more, click here.
Video
Downloads
Le Trut - Rules of the game
25/09/2019 - 11569 ko
Download
Comments
There is no comment for the moment. Be the first one by clicking here.

Trut is a card game called "counter" to make folds bluffing. This edition brings up to date this dynamic game fallen into oblivion.
12.00€

Find the illustrations of Trut on this beautiful play mat that will accompany you everywhere in your frenzied portions of Trut.
24.00€
Stay connected
Don't miss it !